CRPF Latest Orders Says, Young Officers will be appointed in the Parliament Duty Group, the age limit of Ground Commanders in Terrorist-Maoist Zone has been increased. 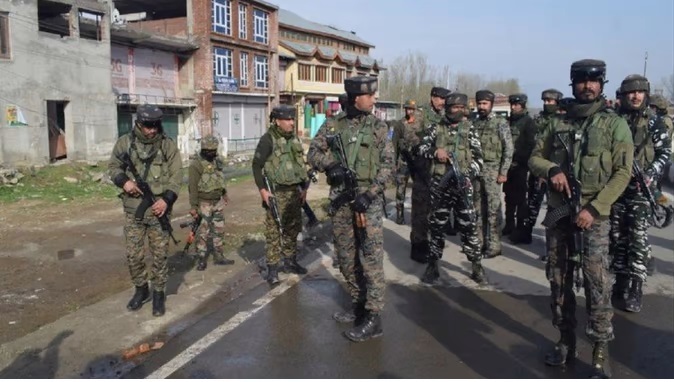 Former ADG of CRPF SS Sandhu says, DC/AC age should be reduced for deployment in tough duty area. In many places, they have to walk 25 kilometers away, that too with a weight of 30 kilos. There is risk in every step. There is always a threat of attack in terror and naxal affected areas.

An order has been issued in CRPF, which is not acceptable to the Ground Commander i.e. Assistant Commandant (AC) and Deputy Commandant (DC). The ‘AC’ commands most of the operations in the country’s largest central paramilitary force. In many places DC or 2IC also stay together during operation. These officers also lead the operation. It has been said in the order that now young officers of CRPF will be posted in the Parliament Duty Group (PDG), while the age limit of ground commanders in terrorist and Maoist zones has been increased. Surprisingly, the age limit of a specially trained unit like COBRA, in which the deployed jawans and officers are experts in jungle warfare, has also been increased in comparison to the PDG. Former ADG of CRPF SS Sandhu said that in the risky situations of Cobra, terrorist, Maoist area and Special Operation Zone (SOZ), especially young officers are needed.

The age limit of AC in Cobra is 40 years in PDG and SDG 38 years.
The Commando Battalion for Resolute Action (COBRA) is a special force formed for resolute action in operations such as guerrilla and jungle warfare to deal with insurgents and insurgents. Known as the ‘Warriors of the Jungle’, these special jawans are selected from among the CRPF personnel. As per the CRPF order, the officer concerned should be below 43 years of age to be appointed as a DC in a Special Operation Zone of COBRA. This age limit has been fixed at 45 years in Non SOZ Cobra Unit. For Assistant Commandant, this age limit has been kept 40 years. In other qualifications, the officer concerned should not have received general or severe punishment in the last five years. Vigilance check clear. If an officer voluntarily expresses his willingness to join COBRA, do not consider it a part of the evaluation process.

47 year old DC will be posted in SOZ
If the Deputy Commandant is to be posted in the ‘Special Operation Zone’, then the age limit has been fixed at 47 years. This order is for deployment of ‘SOZ Core Unit’. If DC is to be engaged in ‘No Core SOZ Unit’ then his age should be below 50 years. Here the age limit for ‘AC’ has been kept at 45 years. For PDG and SDG, the age of DC should be below 40 years. The age limit for the post of Assistant Commandant in these two services has been kept separately. If ‘AC’ wants to join SDG, then his age should be 40 years and if he wants to get posted in PDG, then his age should be less than 38 years. It is necessary to get ‘Good’ in the APAR of DC/AC in the last five years. No ordinary punishment has been awarded in three years and no major punishment has been given in ten years. Five years of field experience is required.

The government will also get the support of the main opposition party Congress regarding the Agneepath scheme in the Punjab Assembly session. Leader of Opposition...
Previous articleHabib Girls College to be built in Ludhiana: There will be no restriction on the dress of daughters, Shahi Imam Punjab announced
Next articleOrganized a panel talk on the occasion of Buddha Purnima.