In Indian cinema, this has rarely been seen before at the box office. The film of Hindi cinema’s number one hero is demanding water at the box office and films of regional language stars are playing the drums every day. Till now, Tamil, Telugu and Kannada films were in front of Hindi cinema, now it seems that Hindi cinema is going to have problems with Punjabi, Marathi and Malayalam films in the coming days. The reason for this is the habit of Hindi-speaking audiences watching films of other languages ​​with English subtitles during the Corona transition period and this habit is going to clear the cumbersome films according to the content of Hindi cinema.

Jayeshbhai did not die, Jai Jai!
Moving towards becoming the biggest flop film of the current decade of Hindi cinema, in the country’s brand market, the name of the biggest name of cinema Ranveer Singh has become a film, ‘Jayeshbhai Jordaar’. The condition of the film is that people are not ready to even talk about it. The main reason for this is that there is no match of the hero of the film with the plot of the film. The channel actions that Ranveer did before the release of the film have also affected the mood of this serious film. According to the initial figures, the film has done a business of Rs 1.5 crore on Monday and this is when Monday was a government holiday across the country. The business of the film barely seems to be reaching Rs 13 crore so far.

Monday Test of ‘Sarkaru Vaari Pata’
After Kannada, now let’s talk about the Telugu film ‘Sarkaru Vaari Pata’. This film of actor Mahesh Babu also came down to ten crores on Monday. However, the film has earned Rs 104.30 crore in the first four days of its release. But, Somavar’s apprehension of the film’s collection falling from Rs 20.10 crore on Sunday to about Rs 8 crore is visible in the initial figures. The total collection of the film is now Rs 112.30 crore.

Amy Virk becomes hero number one again
Meanwhile, Amy Virk, Sargun Mehta and Nimrat Khaira starrer film ‘Saunkan Saunkne’ has created a new wave in the Punjabi film industry. The film collected Rs.9.25 crores on Friday, Rs.3.20 crores on Saturday and Rs.4.10 crores on Sunday, taking the first weekend collection to Rs.9.25 crores. This is the highest ever collection for the first weekend of a film in Punjabi cinema. According to the initial figures, the film has earned about two crore rupees on Monday as well. The film has already turned profitable even before the completion of its first week of release.

And, the blast of ‘Dharmaveer’ in Marathi
On the other hand, the Marathi film ‘Dharmaveer’, which was released on Friday, has also surprised people. The film ‘Dharamveer’ has earned Rs 3.17 crore on Saturday, Rs 3.86 crore on Sunday and Rs 2.50 crore on Monday after taking an opening of Rs 2.05 crore on Friday. The first four days of the film’s collection has now reached close to Rs 11.58 crore. The collection of a film in Marathi in the first four days above Rs 10 crore is considered a huge success. 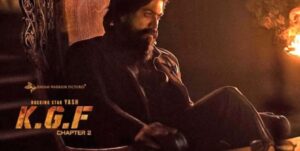