Navjot Sidhu Convicted: Sukhjinder Randhawa took a jibe, said – what Congress could not do, Supreme Court did it 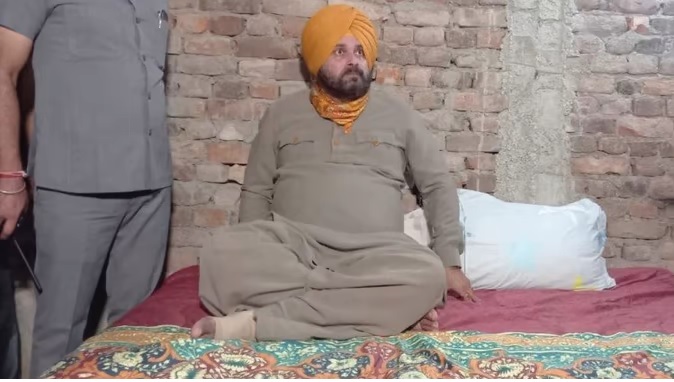 Shiromani Akali Dal chief Sukhbir Badal said on the punishment given to Navjot Sidhu that the Supreme Court has given justice today. The victim’s family had been demanding justice for many years.

Former Punjab Congress chief Navjot Sidhu was sentenced to one year rigorous imprisonment by the Supreme Court on Thursday in a 34-year-old case. Sidhu said that they will follow the law. At the same time, the reaction of politicians has also started coming on this.

Former Deputy Chief Minister of Punjab and Congress leader Sukhjinder Randhawa has taunted Sidhu. Randhawa said that no one can challenge the Supreme Court’s decision… No one can compensate for the damage Sidhu has caused to the Congress party. What the Congress could not do, today the Supreme Court has done it. In February itself, I asked Rahul Gandhi to expel Sidhu and Sunil Jakhar from the party.

Shiromani Akali Dal chief Sukhbir Badal said that the Supreme Court has given justice today. The victim’s family had been demanding justice for many years. At the same time, Punjab Lok Congress, the party of former Punjab CM Captain Amarinder Singh, also reacted to the punishment of Navjot Sidhu. Plc wrote ‘Thokko Tali’ on its Twitter handle.

The government will also get the support of the main opposition party Congress regarding the Agneepath scheme in the Punjab Assembly session. Leader of Opposition...
Previous articleLPG price: Both domestic and commercial LPG cylinders became expensive, in Delhi beyond Rs 1000
Next articleSC Verdict on Navjot Sidhu: Navjot Sidhu sentenced to one year, Supreme Court’s decision in 34-year-old road rage case