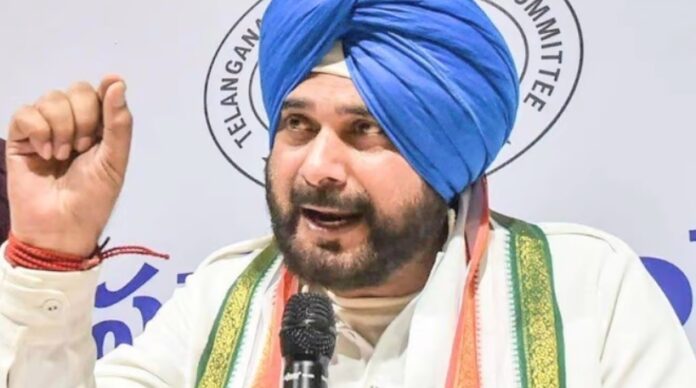 The case dates back to December 1988. Navjot Sidhu collided with elderly Gurnam Singh while going by car in Patiala. In anger, Sidhu punched him after which Gurnam Singh was killed. The Patiala Police had registered a case of culpable homicide against Sidhu and his friend Rupinder Singh.

Punjab Congress leader Navjot Singh Sidhu has got a big setback from the Supreme Court. Sidhu has been sentenced to one year in jail in the 34-year-old road rage case. Imprisonment will be harsh. Punjab Police will take Sidhu into custody. Earlier, Sidhu had requested the Supreme Court to dismiss the review petition filed against him in the road rage case. Sidhu, in response to the review petition, said that this incident happened 33 years ago and the petition is not maintainable. Sidhu had also urged the Supreme Court not to modify his sentence in the case, citing his clean reputation. Sidhu, while reacting to this, said that he accepts the decision.

Was earlier punished with a fine of only one thousand
In this case, the Supreme Court in 2018 had sentenced Sidhu to a fine of only one thousand rupees. Thereafter, the aggrieved party filed a review petition on this. The Supreme Court had on May 15, 2018 set aside the order of the Punjab and Haryana High Court which had convicted Sidhu of culpable homicide not amounting to murder in a road rage case and sentenced him to three years imprisonment. Though the Supreme Court found Sidhu guilty of intentionally causing hurt to a 65-year-old senior citizen, he did not sentence him to jail and imposed a fine of Rs 1,000. Under Section 323 of the Indian Penal Code, there is a provision for a maximum jail term of one year or a fine of 1000 rupees or both for this offense.

Case of 1988
This case is of December 1988. Sidhu collided with elder Gurnam Singh while going by car in Patiala. In anger, Sidhu punched him after which Gurnam Singh was killed. The Patiala Police had registered a case of culpable homicide against Sidhu and his friend Rupinder Singh. Sidhu was acquitted by the trial court in 1999, but in 2006, the Punjab Haryana High Court sentenced Sidhu to three years’ imprisonment in the case. Sidhu was then a BJP MP from Amritsar. He resigned after the sentence. After this Sidhu challenged the High Court’s decision in the Supreme Court.

The government will also get the support of the main opposition party Congress regarding the Agneepath scheme in the Punjab Assembly session. Leader of Opposition...
Previous articleNavjot Sidhu Convicted: Sukhjinder Randhawa took a jibe, said – what Congress could not do, Supreme Court did it
Next articleSunil Jakhar Joins BJP: Sunil Jakhar joined BJP in Delhi, resigned from Congress a few days ago