Sidhu Convicted: Sidhu will have to surrender today itself, Supreme Court refuses to give relief 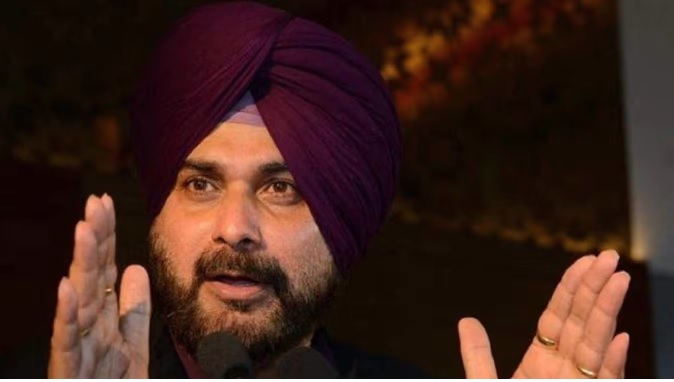 Navjot Sidhu has been sentenced to one year in the road rage case. On the evening of 27 December 1988, Sidhu punched elderly Gurnam Singh after a parking dispute. The victim was taken to the hospital, where he died.

Navjot Singh Sidhu had sought time from the Supreme Court to surrender, which was turned down by the Supreme Court. Earlier, Justice AM Khanwilkar had asked Sidhu to file the application. The Chief Justice, however, turned down the request made by the counsel for seeking constitution of a special bench. Under this, now Navjot Sidhu will have to surrender today.

Sidhu’s counsel senior advocate Abhishek Manu Singhvi had sought one week’s time to surrender his client citing health reasons. The Supreme Court had asked Singhvi to present an appropriate application and mention it before the Chief Justice of India Bench.

What was the matter
On the evening of December 27, 1988, Sidhu reached the Sherwale Gate market in Patiala with his friend Rupinder Singh Sandhu. He got into an argument with 65-year-old Gurnam Singh over parking in the market. The matter reached a scuffle. During this, Sidhu punched Gurnam Singh. The victim was taken to the hospital, where he died.

In this case, the Supreme Court in 2018 had sentenced Sidhu to a fine of only one thousand rupees. Thereafter, the aggrieved party filed a review petition on this. The Supreme Court had on May 15, 2018 set aside the order of the Punjab and Haryana High Court which had sentenced Sidhu to three years’ imprisonment in the road rage case, holding him guilty of culpable homicide not amounting to murder. Though the Supreme Court found Sidhu guilty of intentionally causing hurt to a 65-year-old senior citizen, he did not sentence him to jail and imposed a fine of Rs 1,000. Under Section 323 of the Indian Penal Code, the punishment for this offense is a maximum of one year in jail or a fine of 1000 rupees or both.

Hand is a weapon in itself: Court
The Supreme Court in its order said, the hand can also be a weapon in itself, if a boxer, wrestler, cricketer or very fit person uses it with full jerk. In such a situation, it is not right to release Sidhu by only paying a fine. However, the bench rejected the plea of ​​the victim’s counsel Siddharth Luthra to hold Sidhu guilty of culpable homicide not amounting to murder. The bench held Sidhu guilty of section 323 (causing grievous hurt) only and sentenced him to a maximum of one year’s imprisonment for the offense.

The government will also get the support of the main opposition party Congress regarding the Agneepath scheme in the Punjab Assembly session. Leader of Opposition...
Previous articleCannes Film Festival: Union Minister Anurag Thakur said – India’s stories are ruling the hearts and minds of audiences around the world
Next articleGyanvapi Case: Supreme Court transfers Gyanvapi case to district court, next hearing will be held in second week of July