Demand to reduce VAT on petrol and diesel: Opposition parties said – You, who call themselves the government of the common man, should give immediate relief 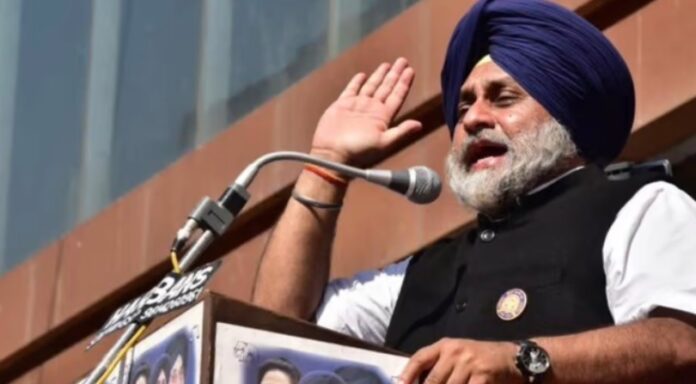 BJP state general secretary Jeevan Gupta said that the central government has also decided to reduce the price of domestic gas cylinders by Rs 200. He has demanded the Bhagwant Mann government to provide relief to the people by cutting VAT.

The central government has reduced the price of petrol by Rs 9.5 and diesel by Rs 7 per liter by reducing excise duty. It is only after this that the government of Punjab has come under the target of the opposition. Opposition parties have demanded from Chief Minister Bhagwant Mann to reduce VAT on petrol and diesel immediately. SAD chief Sukhbir Singh Badal has said that AAP, which claims itself to be a government of common people, should take a decision on this immediately.

Welcoming the decision of the Center, BJP leaders have demanded a reduction of Rs 10 each on petrol and diesel in Punjab. Punjab BJP state president Ashwani Sharma said that the central government has given relief to the general public and farmers by reducing the excise duty on petrol and diesel. Sharma said that Chief Minister Bhagwant Mann, who calls himself the government of the common man, should immediately cut the VAT rates on the lines of the Modi government at the Center and give relief of Rs 10 each to the people of the state.

Farmers are facing problems due to long power cuts. Farmers are troubled by cuts of 14 to 16 hours. He is busy sowing his crop by buying diesel at an expensive price. In such a situation, the Modi government has given a lot of relief to the farmers and the general public by reducing the prices of petrol and diesel.

On the other hand, Shiromani Akali Dal President Sukhbir Singh Badal said that in the recently concluded assembly elections, the people of Punjab have brought AAP to the assembly with a huge majority. In such a situation, the responsibility of the government towards the people of Punjab increases even more. Chief Minister Bhagwant Mann should immediately give relief to the people of Punjab by reducing VAT on petrol and diesel on the lines of the Centre.

BJP state general secretary Jeevan Gupta said that the central government has also decided to reduce the price of domestic gas cylinders by Rs 200. He has demanded the Bhagwant Mann government to provide relief to the people by cutting VAT. Jeevan Gupta said that due to the Russo-Ukraine war all over the world, the price of crude oil is at a high level, due to which the prices of petroleum products have increased. Due to this the general public is facing a lot of problems. At such a time, this decision of the Modi government will bring great relief to the public.

He said that the Modi government has taken a very courageous decision to cut oil prices. Jeevan Gupta also described the reduction of Rs 200 in the gas cylinder of Ujjwala Yojana as a commendable step.

The government will also get the support of the main opposition party Congress regarding the Agneepath scheme in the Punjab Assembly session. Leader of Opposition...
Previous articleMonkeypox: WHO’s warning – 12 countries, 10 days and 92 ‘monkeypox’ cases, the situation is deteriorating, people should be careful
Next articlePatiala News: Family worried about Sidhu’s safety and health, lawyer said- petition will be filed in court soon