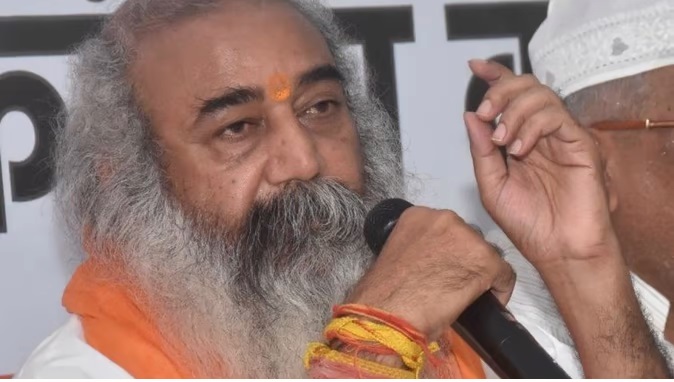 Congress leader Pramod Krishnam alleged that some leaders in his party were acting as agents of BJP and their antics were causing huge loss to the party.

Congress leader Pramod Krishnam has strongly attacked some leaders of his own party. He has alleged that the Congress has been taken over by some Left parties who are continuously insulting Hindu beliefs to prove themselves more secular. This is causing loss to the Congress party.

He alleged that some leaders in his party were acting as agents of the BJP and their antics were causing huge losses to the party. On the question of leaving the party, he said that he is not going to leave the Congress party and only those people who do not believe in the basic principles of Congress are spreading this rumor about him.

Acharya Pramod Krishnam told Amar Ujala that his party Congress has been a party with the ideals of Mahatma Gandhi, Nehru and Indira Gandhi. Mahatma Gandhi himself was the biggest worshiper of Lord Ram and Indira Gandhi was a devotee of Devaraha Baba. Sonia Gandhi has bathed in the Kumbh, while Rahul Gandhi has also proved himself to be a Shiva devotee time and again. But some people in his party, who neither understand the Congress nor understand the true meaning of the secular spirit of the Constitution, are trying to insult Hindu beliefs to prove themselves more secular. This is hurting the Congress party.

He said that the Constitution of the country has been made secular, but being secular does not mean insulting any religion. If this was the case, then the picture of Lord Rama’s court would not have been inscribed on the pages of the Constitution and the seat of the Chief Justice of the Supreme Court would not have been written in Sanskrit, where there is religion, there is victory. He said that the leaders of the opposition including his party should understand that being secular does not mean opposing any religion.

The government will also get the support of the main opposition party Congress regarding the Agneepath scheme in the Punjab Assembly session. Leader of Opposition...
Previous articleWeather News: Rain gave relief from heat in Punjab, yellow alert today, advice not to leave the house in these areas
Next articleDigital Advertising: America is making a new law, trying to divide the digital advertising business of Google-Facebook