Gyanvapi Case: Hearing on three demands including handing over of Gyanvapi complex to Hindu side, now in fast track court, date fixed for May 30 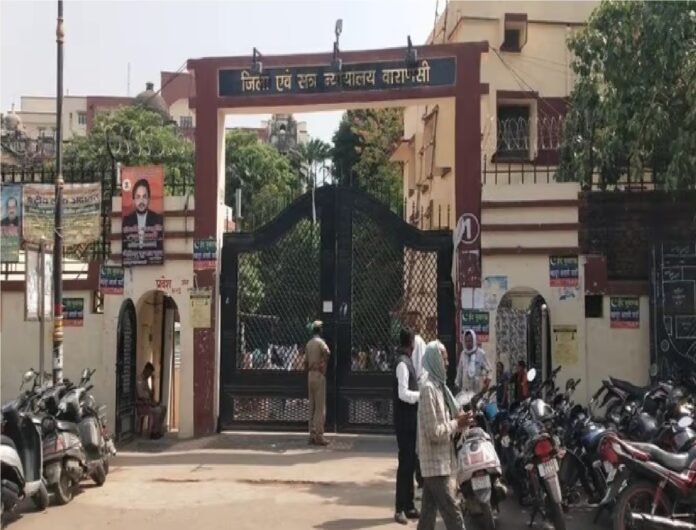 Along with the demand for handing over the Gyanvapi complex to Hindus and the demand for worship, as well as the demand for a ban on the entry of the Muslim side in it, the hearing will now be held in the fast track court.

Along with the demand for handing over the Gyanvapi complex to Hindus and the demand for worship, as well as the demand for a ban on the entry of the Muslim side in it, the hearing will now be held in the fast track court. Before the hearing on Wednesday, Dr. Ajay Krishna Vishwesh transferred the case to the court of Civil Judge Senior Division Fast Track Court Mahendra Kumar Pandey.

On this, the fast track court fixed May 30 as the next date without hearing. During this, there was chaos in the court premises and the security arrangements remained vigilant. The matter was to be heard today in the court of Civil Judge Senior Division Ravi Kumar Diwakar.

Here are the three demands
A demand has been made to hand over the Gyanvapi complex to the Hindu side and to offer prayers, Raga Bhog Darshan with immediate effect in Gyanvapi to the plaintiffs. On Tuesday, on behalf of advocates Manbahadur Singh and Anushka Tripathi, it was said in the court that after the claim of having found Shivling, the right to worship worship, Raga Bhog worship is necessary.

Jitendra Singh Bisen, head of Vishwa Vaidik Sanatan Sangh, told that three demands have been made through Bhagwan Adi Vishweshwar Virajman vs State of Uttar Pradesh case. The first demand is that the entry of the Muslim side should be banned with immediate effect in the Gyanvapi campus.

Second, the entire campus of Gyanvapi should be handed over to the Hindus. Thirdly, the worship of Lord Adi Vishweshwar Swayambhu Jyotirlinga which has now appeared in front of everyone, should be allowed to start.

Very important hearing tomorrow in Gyanvapi case
The court will order on Thursday whether the Shringar Gauri Gyanvapi case is maintainable or not. On Tuesday, the hearing was held in the court of the District Judge in the ongoing case on the demand of regular worship of Shringar Gauri and protection of other Deities.

After this, the date of 26 May was fixed for the order. First of all, while hearing the application given under Rule 7 Order 11 of the Muslim side, the court will order whether the case of Shringar Gauri Gyanvapi is worth hearing or not. The court has also asked both the parties to object to the commission’s survey report within a week.

The government will also get the support of the main opposition party Congress regarding the Agneepath scheme in the Punjab Assembly session. Leader of Opposition...
Previous articleKapil Sibal Quit Congress: Kapil Sibal said this big thing on Azam after being sent to Rajya Sabha, Akhilesh also appreciated
Next articleTexas shooting: In these 10 countries people have the most weapons, know what the India-Pakistan figures say?