Texas shooting: In these 10 countries people have the most weapons, know what the India-Pakistan figures say? 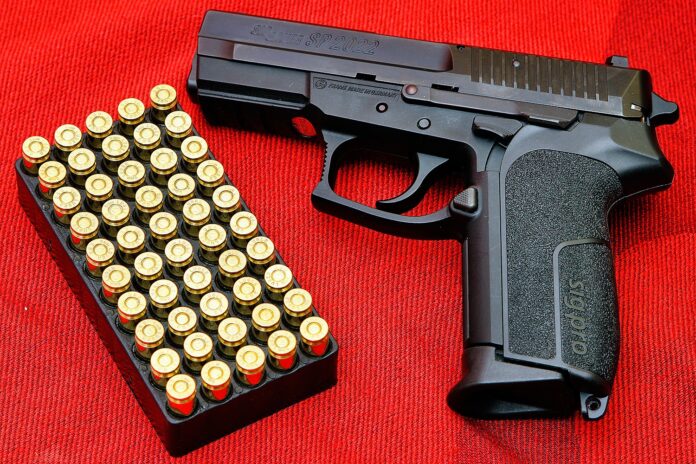 According to a report, more than 100 incidents of school shootings have been reported in the US within the last five years. If we talk about shooting in public places, then this year there have been more than 200 such incidents in America.

In Texas, USA, an 18-year-old man opened fire at a school. In this 21 people lost their lives. Among the dead are 19 children and two teachers. In retaliation, the police killed the attacker. Before firing in the school, the attacker had also shot his grandmother, her condition is still critical. This is not the first time such an attack has happened in America. Even before this, such incidents have been happening every day.

According to a report, more than 100 incidents of shootings in schools have been reported in the last five years. If we talk about shooting in public places, then this year there have been more than 200 such incidents in America.

Now you must be thinking that why do such incidents happen in such a rich country? What is the reason behind this? So let us tell you. We will also tell you about the 10 countries of the world where most people have guns. Read this report…

First, know about the ten countries of the world where most people have guns.

39 crore weapons out of 33 crore population in America
There are 120.5 weapons for every 100 citizens in the US. This is the reason why such incidents have become common here now. The legal basis for possessing a gun in America is enshrined in the Second Amendment to the Constitution. According to The Gun Control Act 1968 (GCA), a person must be at least 18 years of age to buy a rifle or any small weapon. One should be 21 years of age to buy other weapons like handguns. According to reports, common citizens in America with a population of 330 million have 39 crore weapons.

What is the condition of India, Pakistan and other neighboring countries?

India ranks 120th in terms of possession of weapons by civilians. Here for every 100 people, only 5.30 people have a gun or any modern weapon. If you look at the overall figures, there are 7.11 crore weapons in a population of 140 crores.

At the same time, the neighboring country Pakistan is the 22nd country in the world in this matter. Here the population of 22 crores has more than four crore 39 lakh weapons. In simple words, 22.30 people out of 100 citizens of Pakistan have guns.

Afghanistan is ranked 63rd in this regard. Here out of every 100 civilians, 12.5 people have a gun. If we look at the overall figures, there are more than 40 lakh weapons in a population of four crores.

These figures of America are also shocking
1. According to a recent report, more than 7 million people in the US have purchased guns between January 2019 and April 2021.
2. More than 50 percent of those who buy new guns are women. At the same time, 40 percent are black citizens.
3. According to the report of the American Academy of Pediatrics 2021, most people were injured by bullets during the corona epidemic. Most of them were also children.

According to the CDC report, in 2019, a total of 38 thousand 355 people died of bullet injuries in the US. Of these, 23 thousand 941 people committed suicide, while 14 thousand 414 people were shot dead. 1,352 people were killed in the shooting between the accident and the fighting.

In the year 2020, there was an increase of 43 percent in the cases of shooting homicide. Then a total of 19 thousand 384 people were murdered. According to the CDC report, 53 people are shot and killed every day in America. It has also been told in the same report that in the murders in America, 79 percent of people are killed by bullets.

In which country, how many people are shot and killed?

The government will also get the support of the main opposition party Congress regarding the Agneepath scheme in the Punjab Assembly session. Leader of Opposition...
Previous articleGyanvapi Case: Hearing on three demands including handing over of Gyanvapi complex to Hindu side, now in fast track court, date fixed for May 30
Next articlePunjab: Mohali Police Catch Five Gangsters With Weapons, Big Conspiracy Failed