Rule Change: These five big changes will be seen from June 1, know how the burden of your pocket will increase 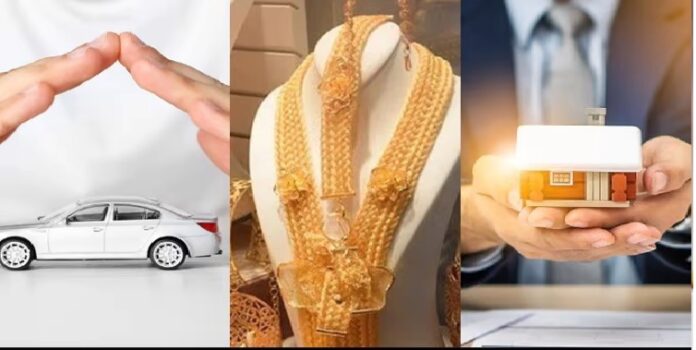 Important Money Changes In June 2022: After the decision taken by the Central Government, now more amount will have to be paid to insure the car according to the engine. According to the notification, not only for four wheelers, but also for two wheelers, the government has changed the rate of third party insurance premium.

There are only five days left for the month of May to end. Like every time, as the new month begins, there are some big and small changes to be seen. So this time also it is very important for you to know about the changes taking place in the beginning of June, because they are going to have a direct impact on your pocket. In these, from banking rules to buying gold, the rules will change. Let us know how the month of June is going to be heavy on your pocket.

1- Expensive third party insurance of vehicles
First of all, let’s talk about the first change that increases pocket money. So let us tell you that from June 1, 2022, third party insurance of vehicles is going to be expensive i.e. you will have to pay more insurance premium. These increased rates will be applicable to owners of not only four wheelers, but also two wheelers. The central government on Wednesday increased the premium rate of third party motor vehicle insurance.

Three additional carats and 32 new districts
According to the report, the Consumer Affairs Ministry said that three additional 20, 23 and 24 carats of gold jewelery will also come under the purview of the second phase of mandatory hallmarking, besides 32 new districts. Where an Assay and Hallmark Center (AHC) will be established after the implementation of the first phase. Let us inform here that the first phase was started by the nodal agency Bureau of Indian Standards (BIS) by implementing mandatory gold hallmarking in 256 districts of the country from 23 June 2021. According to the report, more than 3 lakh gold jewelery is being hallmarked with Hallmark Unique Identification (HUID) every day in these districts.

3- Increase in SBI’s home loan rates
If you are a customer of State Bank of India (SBI) or you are planning to take home loan from SBI, then the beginning of the new month will increase the expenses for you too. In fact, let us tell you that SBI has increased its home loan external benchmark lending rate (EBLR) by 40 basis points (bps) to 7.05 per cent, while the RLLR will be 6.65 per cent plus CRP. According to the information shared on SBI’s website, these increased interest rates will be effective from June 1, 2022. It may be noted that earlier, the EBLR was 6.65 per cent, while the repo-linked lending rate (RLLR) was fixed at 6.25 per cent.

5- Axis Bank will change the rules of savings account
Another major change that is going to happen from June 1 is the increase in the limit of average monthly balance in the account from Rs 15,000 to Rs 25,000 or Rs 1 lakh for easy savings and salary programs in semi-urban and rural areas. Fixed deposit has been made. For Liberty Savings Account, it has been increased from Rs 15,000 to Rs 25,000 or Rs 25,000. New tariff plan Will be effective from June 1, 2022.