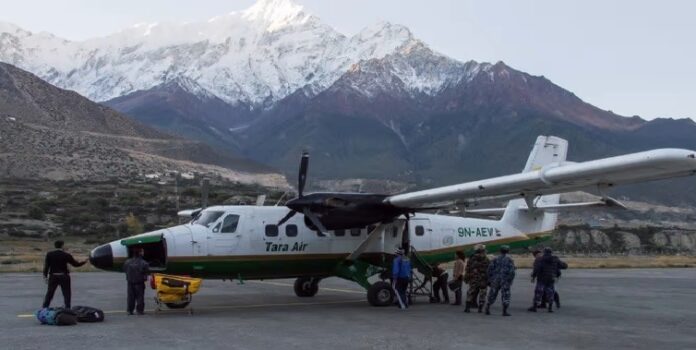 Tara Air 9 NAET Missing: Army spokesman Narayan Silwal said that according to the information given by the local people to the Nepal Army, the Tara Air plane had crashed at the mouth of Lamche river due to landslide in Manapati Himal. Nepal Army is moving towards the accident site by land and air.

Tara Airlines plane 9 NAET, flying from Pokhara to Jomsom in Nepal, India’s neighboring country, lost contact. This plane took off at 9.55 am. Four Indians, three Germans and the rest Nepali nationals were in the missing plane. The double engine aircraft had a total of 22 passengers including the crew. Meanwhile, the airline has released the list of all passengers, in which four Indians have been identified as Ashok Kumar Tripathi, Dhanush Tripathi, Ritika Tripathi and Vaibhavi Tripathi.

Meanwhile, a big claim is being made by quoting the Nepalese army. It is being told that the missing plane of Tara Airlines has been found. According to the Nepalese Army, the plane has been seen in Mustang’s Kowang. However, exact information about the status of the aircraft is not yet available. Army spokesman Narayan Silwal said that according to information given to Nepal Army by local people, the Tara Air plane had crashed at the mouth of Lamche river due to landslide in Manapati Himal. Nepal Army is moving towards the accident site by land and air.

Contact was lost after turning from Mount Dhaulagiri
Chief District Officer Netra Prasad Sharma while talking to news agency ANI said that the aircraft was spotted over the skies of Jomsom in Mustang district and then diverted towards Mount Dhaulagiri, after which it lost contact. At the same time, DSP Ram Kumar Dani of District Police Office Mustang told news agency ANI that we are deploying helicopters in the area for the search operation.

Two helicopters were deployed to search the aircraft
Nepali Interior Ministry spokesman Fadindra Mani Pokharel said two private helicopters have been deployed in Mustang and Pokhara to search for the missing plane. Preparations are also being made to deploy the Nepalese Army helicopter for search.

The government will also get the support of the main opposition party Congress regarding the Agneepath scheme in the Punjab Assembly session. Leader of Opposition...
Previous articleRaid on Drug Smugglers: 600 personnel of Punjab Police surrounded Ganna village at 5 am, raided 36 houses simultaneously
Next articleSidhu Moose Wala: Punjabi singer Sidhu Moosewala shot dead, Mann government had reduced security on Saturday itself