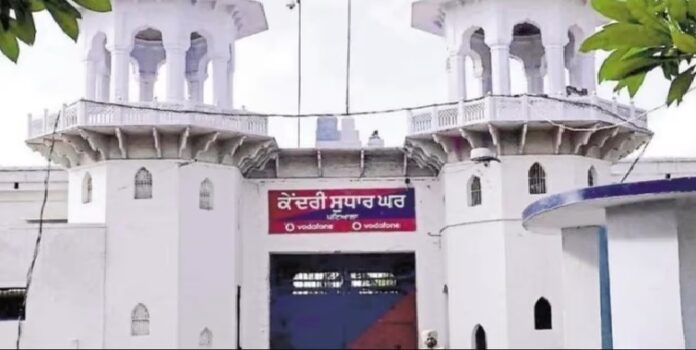 In 2013, former DSP of Punjab Police Jagdish Bhola was arrested in the drug racket case of 700 crores. Synthetic drugs, heroin, foreign currency, arms and luxury cars were recovered from his possession.

International drug smuggler Jagdish Singh Bhola was shifted from Central Jail in Patiala to Gurdaspur Jail on Saturday after his mobile was found. According to jail officials, former Punjab Congress chief Navjot Singh Sidhu is currently lodged in Patiala Jail in connection with the road rage case. In such a situation, the case of getting a mobile from a big drug smuggler cannot be taken lightly.

Confirming the shifting of Bhola to Gurdaspur Jail, Patiala Jail Superintendent Manjit Singh Tiwana said that no prisoner or locksmith will be spared for breaking the rules of the jail. Action will be taken against him at any cost.

Mobile was found two days ago
At the same time, according to the Tripadi police station, which is probing the case of getting mobile against Bhola, investigation is still going on in the case. It is being ascertained from where Bhola got the mobile and with whom and where he was talking through it. Two days ago, a mobile was recovered from international drug smuggler Jagdish Singh Bhola, which he had hidden in his cell. Bhola has been posted as DSP in Punjab Police and has been the main gangster of drugs network.

In Himachal Pradesh, illegal factories used to prepare synthetic drugs like ice using chemicals under the pretext of drugs. This drug was carried to Europe, Canada and America. In the year 2012, Bhola was suspended from the service of Punjab Police. In the year 2013, Bhola was arrested in the drug racket case of 700 crores. Synthetic drugs, heroin, foreign currency, arms and luxury cars were recovered from his possession.

The government will also get the support of the main opposition party Congress regarding the Agneepath scheme in the Punjab Assembly session. Leader of Opposition...
Previous articleVIP Security: ‘VIP’ lives in ‘safe’ for Rs 12000 crore, 60000 jawans and 30000 vehicles are deployed in security
Next articleArmy Recruitment: After two years in the army, preparation for recruitment with the new policy, there will be a short service of four years for the level below the officer.