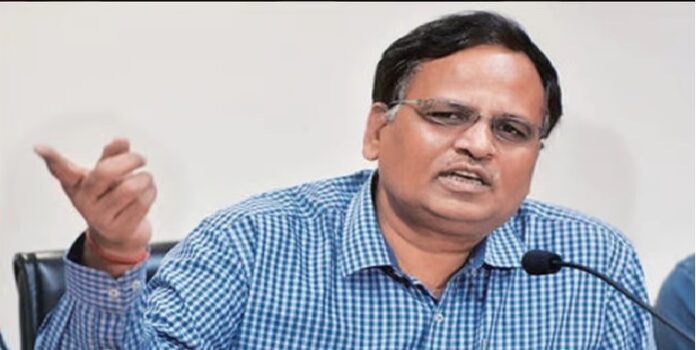 Delhi Health Minister Satyendra Kumar Jain has been arrested by the ED. This action has been taken in the case of hawala transactions related to a Kolkata based company. Earlier in April, the Enforcement Directorate had attached properties worth Rs 4.81 crore of Jain’s family and companies in a money laundering case. After which Delhi BJP leaders and workers staged a sit-in at Jantar Mantar against Minister Satyendra Jain in the AAP (Aam Aadmi Party) government and demanded the sacking of Jain.

You claim – Jain is a very honest person
Some time back the ruling party in Delhi had claimed that Jain is a very honest person. The case against him will be dismissed by the court. On the other hand, ahead of the Punjab elections in February, Kejriwal had claimed that he had come to know from sources that the ED was going to arrest Jain. There has been no reaction from AAP till now on BJP’s allegations.

Case is fake, Jain will be released in few days- Manish Sisodia
Delhi Deputy Chief Minister Manish Sisodia, who came to the rescue of Health Minister Satyendra Kumar Jain, said that Jain will be released in a few days, as the case is fake. BJP is losing badly in Himachal. That is why Satyendra Jain has been arrested today, so that he cannot go to Himachal. A fake case is going on against him for eight years.

The government will also get the support of the main opposition party Congress regarding the Agneepath scheme in the Punjab Assembly session. Leader of Opposition...
Previous articleSidhu Moose Wala: DGP said – I never connected Sidhu Moosewala with gangsters, CM Mann said – the guilty will not be spared
Next articleThree big news of High Court: Former MLA Jira challenges security cut, decision on Majithia’s petition reserved