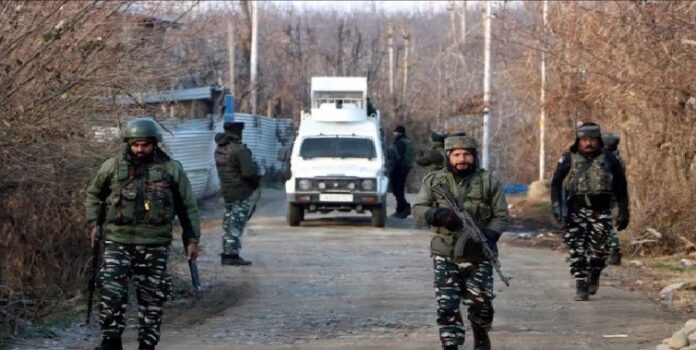 Terrorists have opened fire targeting a civilian in Shopian. A civilian has been injured by the bullet. The operation is being conducted by cordoning the area in search of terrorists.

Terrorists targeted a civilian in Rakh-e-Chidren area of ​​South Kashmir’s Shopian district on Wednesday evening. The civilian was injured in the firing. Who was hurriedly admitted to the hospital. The injured has been identified as Farooq Ahmed Sheikh, son of Ghulam Nabi Sheikh.

An official said that Farooq Ahmed Sheikh, son of Ghulam Nabi Sheikh of Rakh-e-Chidren, was targeted by the terrorists. Farooq has been admitted to the hospital for treatment. Immediately after the attack, the area was cordoned off to nab the attackers.
The government has taken a big decision amid the ongoing fury over target killing in Kashmir. Under the Prime Minister’s package, the government has ordered to deploy all the employees of the Kashmiri Hindu and minority community posted in the valley to safer places. The process of shifting the personnel to safer places will be completed by June 6. At the same time, a special Grievance Cell will be set up for speedy resolution of the problems of the employees.

Complaints can be lodged in the cell through e-mail. Action will be taken against the officers who do not solve the problem in a timely manner. Lieutenant Governor Manoj Sinha has issued these orders in a high-level meeting with senior officers of the administration and police on Wednesday.

The government will also get the support of the main opposition party Congress regarding the Agneepath scheme in the Punjab Assembly session. Leader of Opposition...
Previous articleClash outside Khalsa College: Violent clashes between two student groups, police say – normal crime is no gang war
Next articleChandigarh News : After the conviction of Ram Rahim in the sexual abuse case, there was a loss of 288 crores in the riots