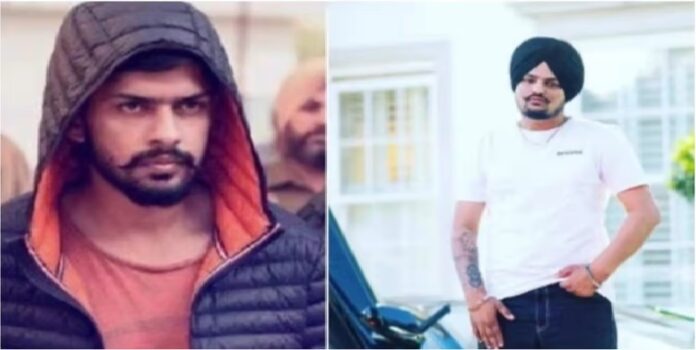 A person named Sachin Bishnoi called the TV channel and told that this was not a publicity stunt and was not done to show one’s strength. He has identified himself as the nephew of Lawrence Bishnoi. Also said that he has avenged the killing of Middukheda and Gurlal by killing Sidhu Musewala.

Describing himself as the nephew of gangster Lawrence Bishnoi, a man named Sachin Bishnoi has claimed over the phone that he had killed Sidhu Moosewala to avenge the murder of Vicky Middukheda. This person has also made many other revelations by making a virtual phone call to a TV channel. He says that he had fired bullets at Musewala. He and Lawrence Bishnoi belong to the same village. However, it could not be confirmed whether the caller is Bishnoi’s nephew or not.

Sachin Bishnoi told the news channel over the phone that this was not a publicity stunt and was not done to show his strength. He said that Sidhu Musewala’s name had cropped up in the Middukheda murder case. The shooters of the Kaushal gang had confessed to the police that Sidhu Musewala had helped the murderers of Middukheda. Provided them accommodation and also helped them with money. He further said that Delhi Police had also named Sidhu Musewala in this case, but when Punjab Police did not take any action against Sidhu Musewala, we had to take action ourselves.

He said that our motive was only to take revenge. By killing Musewala, he has avenged the murder of Vicky Middukheda and Gurlal Brar. Regarding the use of state-of-the-art weapons in the murder of Musewala, Sachin Bishnoi claimed that he has bigger weapons than that and also such weapons, which common people would have seen in Hollywood movies.

The government will also get the support of the main opposition party Congress regarding the Agneepath scheme in the Punjab Assembly session. Leader of Opposition...
Previous articleShock to the government: High court tightened on withdrawal of security of 424 VIPs, everyone’s security will be restored till June 7
Next articleInflation hit: RBI may increase repo rate further, oil and pulses cheap in a month, tomato-potato expensive