Sidhu Moosewala: Ahead of the visit of CM Bhagwant Mann, there was a huge protest of the AAP MLA who reached the village Musa, the program may be canceled 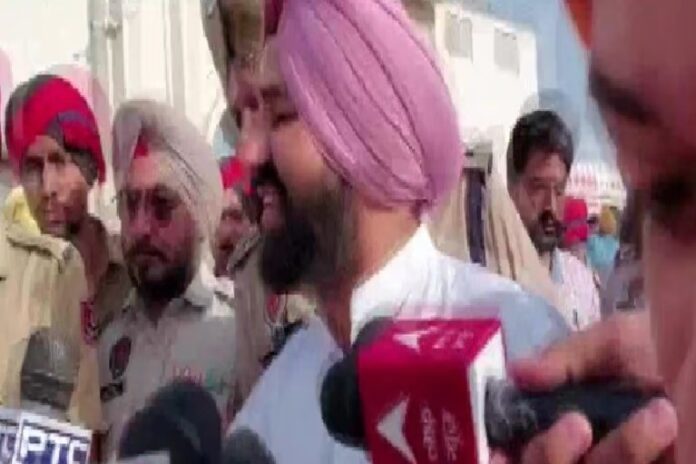 Punjab CM Bhagwant Mann was to visit Musa village of Mansa on Friday to pay tribute to famous singer Sidhu Musewala. Even before reaching Musa village, AAP MLA Gurpreet Singh Banawali had to face opposition from the people. The villagers raised slogans against him. In such a situation, it is now being speculated that the CM’s visit may be cancelled. Security has been tightened in the village in view of the CM’s visit.

Musewala’s father has written a letter to the country’s Home Minister Amit Shah regarding this murder case and has demanded an investigation by the central agency. Union Minister Gajendra Singh Shekhawat, who reached the village, said that removing the security of singer Moosewala by the Punjab government is wrong. The government has failed miserably and there is no such thing as law and order in Punjab. He said that the fear and fear that the people of Punjab were feeling when Punjab was in the era of terrorism, today after the killing of Sidhu Musewala, the same fear has arisen again in the minds of the people.

The government will also get the support of the main opposition party Congress regarding the Agneepath scheme in the Punjab Assembly session. Leader of Opposition...
Previous articleInflation hit: RBI may increase repo rate further, oil and pulses cheap in a month, tomato-potato expensive
Next articleFireman recruitment rigging case: The accused disclosed that the deal to pass the examination was done for five to eight lakhs, a soldier was also suspected