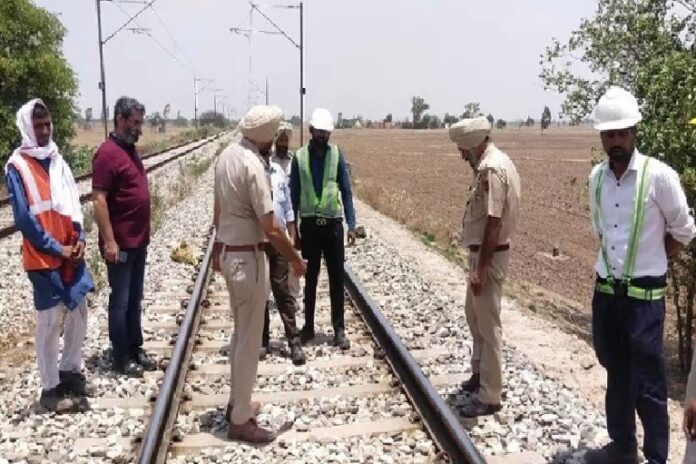 The incident happened on Friday night, which came to know on Saturday morning. 1200 iron clips have been removed from the railway line laid to supply coal to Rajpura Thermal Plant.

In this scorching summer season in Punjab, a big conspiracy to disrupt the power supply has been exposed. The railway track laid to supply coal to Rajpura thermal plant was damaged. Under this, 1200 clips were uprooted on Friday night from the rail track going from village Sarai Banjara to Rajpura Thermal Plant. However, two rakes carrying coal passed through this track on Saturday morning and luckily there was no accident. Railway officials believe that the accident could have happened, as these clips are used to hold the line.

The special thing is that this incident happened on the day when Sikh for Justice had given the call of Rail Roko. On the other hand, security agencies have become alert after this tampering with the rail track. At present, the Railways and Punjab Police have become alert regarding this whole matter and intensive investigation is being done. Inspector Amandeep Singh, in-charge of the concerned police station, Sadar Rajpura, said that it is being investigated whether the iron clips from the railway line are just an incident of theft or there was a conspiracy to create power shortage in Punjab. Further action will be taken in the matter after the completion of the investigation.

60 clips were removed from this track in May as well
Rajpura Railway Police Outpost Incharge ASI Jaswinder Singh said that the incident happened on Friday night, which came to light on Saturday morning. 1200 iron clips have been removed from the railway line laid to supply coal to Rajpura Thermal Plant. The incident took place in an area of ​​about half a kilometer on the railway line between village Sarai Banjara to thermal plant. He admitted that if the clips are removed, there is a danger of derailing the train or goods train. He told that last month also 60 clips were removed from this rail track, but the accident was averted when it was detected in time.

Powercom officials said that the rail lines leading to two other private thermal plants in Punjab, Talwandi Sabo and Goindwal, have also been checked as a precautionary measure. It is worth mentioning that Rajpura Thermal Plant has two thermal plants of 700-700 MW each. Punjab is heavily dependent on this plant for power supply.

The government will also get the support of the main opposition party Congress regarding the Agneepath scheme in the Punjab Assembly session. Leader of Opposition...
Previous articleSidhu Moosewala Murder: Family of Moosewala met Home Minister Amit Shah in Chandigarh, sought justice for the son
Next articleRaghav Chaddha: Raghav Chaddha trapped as punishment for transfer in tribal affairs departments, Yogendra Yadav said – shameful