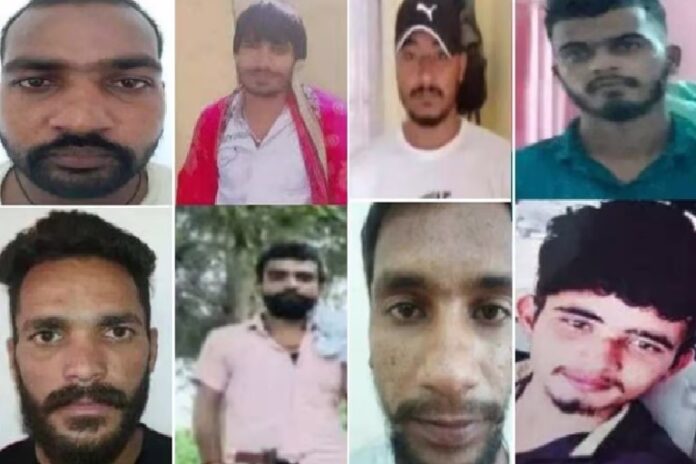 The Punjab Police suspects that the crab was the informer of Musewala by conducting recce. The crab is said to be addicted to drugs and cases of supply of drugs are also registered. The crab is a friend of Nikku, a resident of Takhtmal. Nikku is a criminal person. He has links with many gangs.

The Punjab Police on Monday claimed the identity of eight shooters involved in the killing of Sidhu Musewala. Of these, two shooters are from Maharashtra, two from Haryana, three from Punjab and one from Rajasthan. According to the police, all the shooters belong to Lawrence Bishnoi gang. In search of these shooters, Punjab Police has contacted the police of the respective states and sought their help. Punjab Police is conducting raids in Haryana-Punjab, Rajasthan and Maharashtra in search of gangsters.

According to the Punjab Police, many important clues have been found in the case of Moosewala’s murder. The culprits involved in the murder have been traced. What routes did the killers come from and how did they escape? All the information has been received. The shooters who have been identified include Manpreet Manu and Jagroop Singh Roopa of Tarn Taran, Harkamal alias Ranu of Bathinda, Priyavrata Fauji and Manjit Bholu from Sonepat, Saurav Mahakal and Santosh Jadhav from Pune, Maharashtra and Subhash Banoda of Sikar, Rajasthan. Pictures of all these shooters have been released. The Punjab Police suspects that these same shooters had killed Sidhu Musewala in Mansa on May 29. All these shooters had gathered on the Kotkapura highway three days ago. Two other people were also involved with them. They are also being identified.

Crab caught doing recce as a fan
The Punjab Police has arrested Sandeep alias Kekra of Kalanwali, Sirsa for allegedly doing recce of Sidhu Musewala by becoming a fan. During interrogation, he told that he had gone to Sidhu’s house with two people. This included his friend Nikku and Bathinda’s shooter Keshav. They dropped Keshav at some distance from Sidhu’s house. After that Nikku and Krab reached outside Musewala’s house as fans. Both stayed here for 45 minutes. had tea. When Sidhu came out of the house, the crab took a selfie with Sidhu and also took a photo of Thar.
The activities of both have been captured in the CCTV footage. This footage is from about 15 minutes before the murder. On his way back, the crab dropped Nikku and Keshav, who along with their other companions boarded the Corolla car and left with their own motorcycle. The Punjab Police suspects that the crab was the informer of Musewala by conducting recce. The crab is said to be addicted to drugs and cases of supply of drugs are also registered. The crab is a friend of Nikku, a resident of Takhtmal. Nikku is a criminal person. He has links with many gangs.

Mansa police officers threatened
Meanwhile, a case of threatening the police officers of Mansa by calling them from foreign numbers has come to the fore. Sources said that the caller asked the police officials to stop the raids on the gangsters or else be prepared to face the consequences. Police has also started investigation in this regard. Also, this information was given to the top officials.

Pune shooter wanted in murder case
Santosh Jadhav, one of the eight shooters, is a resident of Pune. According to Pune Superintendent of Police Abhinav Deshmukh, Jadhav has four cases registered against him. In one, MCOCA has also been imposed against him. He was involved in a murder in Pune last year. Since then he is absconding.

The government will also get the support of the main opposition party Congress regarding the Agneepath scheme in the Punjab Assembly session. Leader of Opposition...
Previous articlePunjab: Former Congress minister Sadhu Singh Dharamsot arrested in corruption case, FIR also on Sangat Giljian
Next articleSatyendra Jain: ED raids the premises of Satyendra Jain and his friend, found 1.8 kg gold including 2.82 crore cash