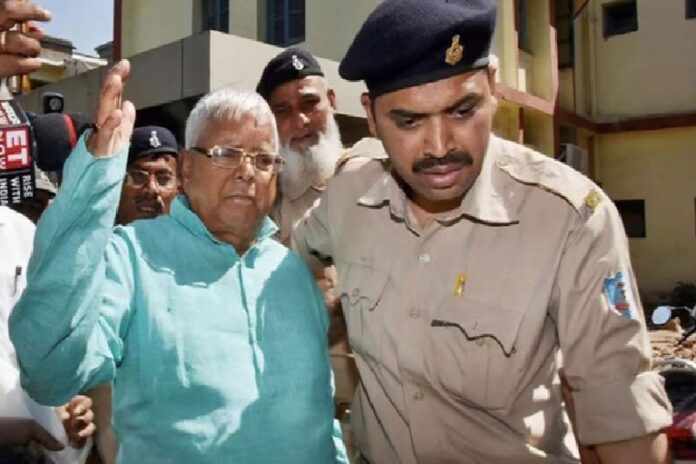 Lalu Yadav News: Lalu Yadav’s troubles are not taking the name of lessening. RJD supremo today appeared in Jharkhand’s Palamu court in a 13-year-old case. After the hearing, the court imposed a fine on Lalu.

Former Bihar Chief Minister and RJD chief Lalu Prasad Yadav today appeared in Jharkhand’s Palamu Court in connection with the 2009 Model Code of Conduct violation case. After hearing the arguments of both the sides during the hearing, the court imposed a fine of Rs 6000 on Lalu Yadav. Let us inform that Lalu Yadav was accused of getting the helicopter to land at the wrong place during the election campaign in the year 2009. The Election Commission had considered Lalu’s move as a violation of the model code of conduct and ordered registration of an FIR. In this case, the court had given last notice to Lalu to appear.

What’s the matter?
Actually, Lalu Yadav had arrived by helicopter to campaign for RJD candidate Girinath Singh from Garhwa assembly constituency during the 2009 Jharkhand Assembly elections. Lalu’s rally was to be held at Govind High School in Garhwa. While the administration had fixed the helipad at Kalyanpur in Garhwa block to land the helicopter, Lalu had landed the helicopter in the rally ground itself. After that there was chaos. After this incident, a case was registered against Lalu Prasad Yadav and his pilot.

The government will also get the support of the main opposition party Congress regarding the Agneepath scheme in the Punjab Assembly session. Leader of Opposition...
Previous articleClimate Change: Rapidly melting glaciers in Tibet are a cause for concern, the source of water for the 150 million population of Asia
Next articleCorona: 28 districts of the country from Himachal to Kerala in the Red Zone, the government has given instructions to be strict again at the ground level