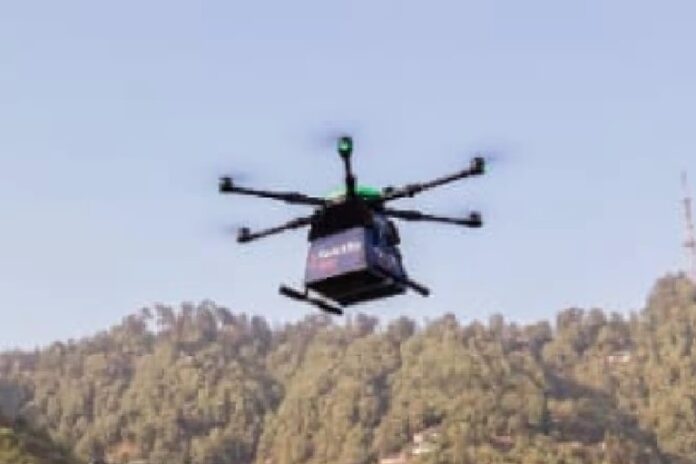 Pakistan is engaged in nefarious activities of promoting terrorism in Jammu and Kashmir. One such thing happened today. Drone infiltration took place from across the border in Jammu division. However, BSF acted and foiled the nefarious designs of Pakistan.

Pakistan is not getting away from its nefarious antics. Drone movement was observed in Arnia sector of Jammu division at around 4.15 am on Thursday. This drone came from Pakistan side. On seeing the light of the drone, the BSF personnel took charge. After firing several rounds, the drone returned. A search operation is going on in the area.

Improvised Explosive Devices (IEDs) are being sent across the border through drones as part of a strategy. Which is mostly being dropped near the highway. Its purpose is that the IED can easily reach the helpers working for the terrorists. For the past few days, there have been several cases of drones being dropped from across the border.

The IED found in Kanachak area on Tuesday was also near Akhnoor on Jammu-Poonch Highway. Earlier last year, a six kg IED was found near the highway near Akhnoor bridge. A few days ago, in Kathua’s Rajbagh, the drone with the payload had reached the highway.

A senior police officer says that the IED is dropped from across the border around the highway so that the helpers who come to collect it do not face any problem, if there is a situation of getting trapped somewhere, then it is easy to escape. There is more movement of vehicles on the highway. It becomes difficult to identify here.

According to the information, in the last one year in Kathua, Akhnoor, Arnia and Samba, seven cases of IEDs and weapons being brought from across the border through drones have been reported. But none of these receivers has been caught.

The government will also get the support of the main opposition party Congress regarding the Agneepath scheme in the Punjab Assembly session. Leader of Opposition...
Previous articleCorona: 28 districts of the country from Himachal to Kerala in the Red Zone, the government has given instructions to be strict again at the ground level
Next articlePunjab News: Liquor business in the lap of big contractors, small players will be out in the new excise policy