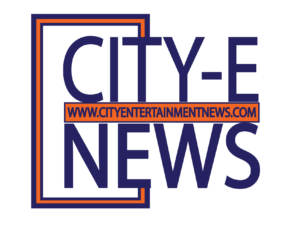 Budget session: Lakhs were spent on the construction of study center without permission, the minister admitted that the rules were violated, said- investigation of the matter is necessary

The issue of recruitment of teachers under the Education Department also resonated in the House during the Question Hour. MLA Charanjit Singh wanted to know from the Education Minister about filling the vacant posts of teachers in High and Middle Schools of Government Senior Secondary School, Dalla, District Ropar, on which Education Minister Meet Hare told that the vacant posts would soon be filled through direct recruitment, promotions and transfers. Efforts will be made to fill through.

On the question raised in the house regarding the study center being opened by Government Mahindra College Patiala in Bhanri village of Samana, Punjab Higher Education and Languages ​​Minister Gurmeet Singh Meet Hare finally had to admit that there was violation of rules in the whole matter and 32 lakhs. fraud has taken place. The minister accepted that the matter should be investigated.

During the Question Hour on Friday, the first day of the second budget session of the Punjab Legislative Assembly, MLA Chetan Singh Joramajra raised the question that when the construction of the Study Center started and what was the process adopted in its construction? When was the construction work of the study center stopped and when will the remaining work be completed?

Responding to this, Minister Meet Hare said that the work on the construction of the study center had started on March 16, 2017. For this, instructions were issued by the Principal of the college to Senior Architecture (South), Nabha Road, Patiala. Executive Engineer Construction Board PWD Patiala was also informed, on which PWD started the construction work on 16 March 2017 through tender.

Later, on July 10, 2017, a letter was issued by the PWD to the college and information was given to stop the construction work. It said that the work has been stopped due to non-receipt of permission from Punjabi University Patiala to the college to construct the study centre. On this, Joramajra told the House that according to the rules, no branch of government colleges can be opened. Demanding a probe into the matter, he said that a tender of Rs 32 lakh was issued, which was against the rules. The Minister agreed in the House that investigation into the matter is necessary.

In 10 years, only 251 farmers got the benefit of MGNREGA,
MLA Narinder Kaur Bharaj asked the Minister of Rural Development and Panchayat that there is any such policy under MNREGA of the Punjab Government, so that farmers with five acres of land can take benefits in their fields. If there is such a policy, then how many farmers have got benefit during ten years? In response to this, Panchayat Minister Kuldeep Singh Dhaliwal said that farmers having five acres of land under MNREGA scheme can take benefit by working in their own fields, but it is surprising that in the last 10 years only 251 farmers got the benefit of this scheme. . Responding to the supplementary question asked by Bharaj on this, the Panchayat Minister said that he would make farmers aware to take benefits under this scheme and try to reach the number of beneficiaries to lakhs.

Repair of crumbling hall Pakhowal road
MLA Manpreet Singh Ayali asked that the Public Works Minister should tell that there is any proposal to repair this road in view of the poor condition of Shaheed Kartar Singh Sarabha Marg Pakhowal Road? In response to this, Public Works Minister Harbhajan Singh said that the proposal for repair of this road has been sent to the Finance Department under Special Assessment to Status Capital Investment for 2022-23, as soon as the Finance Department will release funds for it, the repair work will start. will be done.

Repair of crumbling hall Pakhowal road
MLA Manpreet Singh Ayali asked that the Public Works Minister should tell that there is any proposal to repair this road in view of the poor condition of Shaheed Kartar Singh Sarabha Marg Pakhowal Road? In response to this, Public Works Minister Harbhajan Singh said that the proposal for repair of this road has been sent to the Finance Department under Special Assessment to Status Capital Investment for 2022-23, as soon as the Finance Department will release funds for it, the repair work will start. will be done.Efforts will be made to fill through On this, Leader of Opposition Partap Singh Bajwa asked a supplementary question and said that youth are climbing on the tanks for jobs, giving dharna, so the government should make sure recruitment. From 2002 to 2007, when he was the Education Minister, 18 thousand employees were recruited in 45 days, which can be done even today. On this, Education Minister Meet Hare tried to remind him about the condition of education and schools in the state. In which the Chief Minister also joined and mentioned the bad condition of schools and education in Punjab. There was a situation of debate in the house, but the speaker pacified the matter, appealing everyone to maintain peace.Why not facilities for SC girl who gets married in Punjab?MLA Budhram raised an issue related to SC category and questioned that if a girl of SC category born in Haryana marries a boy of SC caste in Punjab, then she does not get the facilities of SC category in Punjab, although her children get all the facilities. get it, why is it so?On this, the Minister of Social Justice, Empowerment and Minority Affairs, Dr. Baljit Kaur said that according to the rules laid down by the Central Government in 1984, the benefits related to the SC category to the people from the SC caste who migrated from other states are given by their native state only. .

After the fraud case came to light, the farmers'...
Read more

According to the data released by the Ministry of...
Read more

The accused had transferred fraudulent money to the accounts...
Read more

On July 21, the police had brought Lawrence Bishnoi...
Read more

Bank officer’s scam: Withdraw 36.85 lakhs from the accounts of four farmers, then left the job, now the case has been registered

After the fraud case came to light, the farmers' organizations had also staged a sit-in outside the bank for several days, but the bank...

According to the data released by the Ministry of Health on Sunday (July 31), the number of active patients in the country has increased...

The accused had transferred fraudulent money to the accounts of his family members and relatives by misusing his official position. A total of one...

Big disclosure: Gangster following in the footsteps of Dawood in Punjab, following these tricks before murder

On August 12, 1997, Gulshan Kumar was murdered by the underworld by this trick. While coming out of the temple, the shooters had shot...

On July 21, the police had brought Lawrence Bishnoi on a production warrant from Hoshiarpur Jail to Malout and took seven-day remand from the...

Supreme Court: Verdict on Mallya and Abu Salem can come today, today is also the date of Maharashtra case

Captain Amarinder Singh had formed a separate party PLC after leaving the Congress, but his party could not show any good in the 2022...

The court said that there is no such provision in the Hindu Adoption Act, under which a child in the womb can be adopted. The...
Previous articleBig Action: Senior IAS officer Sanjay Popli arrested in Punjab, including secretary, accused of demanding one percent commission from contractor
Next articleAlleged bus scam allegation: SAD demands CBI inquiry, Vading said – ready for investigation, all allegations baseless