Producer, director, actor Aamir Khan’s company Aamir Khan Productions in partnership with Viacom18 Studios’ latest release ‘Lal Singh Chaddha’ seems to be at a loss due to the social media being targeted by people who have been criticizing Aamir Khan for a long time. Have been aiming. Viacom18 Studios and Paramount Pictures have all the money to make the film. Aamir Khan has already made his own calculations by recovering his fees and the expenses incurred in making this film. Now if the film suffers, then Viacom18 Studios will have to bear the direct brunt of it. And, this thing is known to a number of people who are boycotting the film on social media that the controlling rights of this studio are with Mukesh Ambani’s company Reliance Industries. That is, by boycotting the film ‘Lal Singh Chaddha’, people have directly harmed Mukesh Ambani’s company.

Reliance Group Controls Viacom18
Viacom18 Media Pvt Ltd, an Indian company producing the film ‘Lal Singh Chaddha’, is a Mumbai-based company and is a joint venture between TV18 Group and Paramount Global. Four years ago, TV18 had increased its stake in the company to 51 per cent. TV18 is the broadcast business arm of Network18 Media & Investment Group, controlled by Independent Media Trust and directly owned by Reliance Industries. Network18 has channels running in 12 languages ​​across 26 states in India. The group also runs Colors, Nickelodeon and MTV channels through Viacom18. OTT platform Voot is also a part of this. Jyoti Deshpande, CEO of Jio Studios, who has been looking after all the film related activities of Reliance Group, has now become the CEO of Viacom18 as well. The name of Jyoti Deshpande in the film ‘Lal Singh Chaddha’ is prominent among its producers. Viacom18’s Chief Operating Officer Ajit Andhare is also one of the producers of the film ‘Lal Singh Chaddha’.

Studio’s second film flop in a month
Viacom18’s film Shabaash Mithu, released on July 12, has failed miserably at the box office. The film company had a long dispute with its director Rahul Dholakia regarding making this film and when Rahul Dholakia’s words were not accepted, he left the film. Later this film was completed by Srijit Mukherjee. The film ‘Lal Singh Chaddha’ has also been controversial for one thing or the other since the time of its production. Aamir Khan was trolled for making up his mind to shoot it in Turkey during the first Corona period. And, now that the film has been released, a certain section has started the campaign to boycott it.

Collection dropped sharply on the second day
Aamir Khan has been protesting on social media over his statement in which he had allegedly expressed concern about the safety of his family in the changed environment in the country. He has also supported Medha Patkar during the Narmada Bachao Andolan. Aamir’s previous film ‘Thugs of Hindostan’ was a flop despite a huge opening. Four years after that, the opening of the film ‘Lal Singh Chaddha’, which was released now, has been bad. The second day’s collection of the film, which earned around Rs 12 crore on the first day, has come down and has been close to Rs 7.50 crore. Laal Singh Chaddha, a film made at a cost of around Rs 180 crore, has to earn at least Rs 150 crore at the box office, to earn at least Rs 60 crore from theatrical release.

Viacom18 stirred up
The OTT release and satellite broadcast of the film ‘Lal Singh Chaddha’ is expected to make a profit of around Rs 1.25 billion for the film. In such a situation, if the film gets beaten at the box office, then it is going to create a lot of trouble for the team of Viacom18. Viacom18 studios have been in a tizzy before and after the release of the film ‘Lal Singh Chaddha’. To make the film profitable on paper, all the additions were made and subtracted. But, the matter did not sit well. Now the way the campaign against the film ‘Lal Singh Chaddha’ has started on social media, it has forced the executives of the company to strategize afresh. All the officers of the company are continuously discussing with each other for the last three days and somehow trying to come out of this crisis. 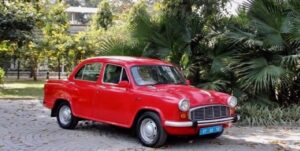 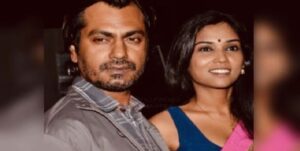 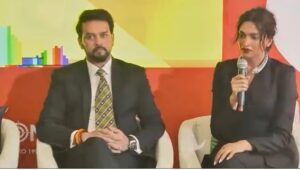