The Excise Department changed the formula for calculating the rate of foreign liquor on November 8, 2021, without permission from the competent authority. The import pass duty of Rs 50 levied on each case of beer was also removed.

In the ongoing action of the CBI team on Delhi Excise Minister Manish Sisodia, the answers to the questions raised on alcohol are hidden. On behalf of political parties, questions were constantly raised about the new excise policy. The CBI inquiry was recommended in the matter after it indicated a violation of excise rules and willful wrongdoing to give undue advantage to the license holders. After the continuous questions arising on the new excise policy, the answers to many questions are yet to come out in the raids and interrogation of the CBI team since Friday morning. In this whole episode, questions were raised on some important points in which the Excise Minister has been surrounded.

On the instructions of the Excise Minister, it was decided by the Excise Department to refund Rs 30 crore to the bidder for L-1 of the airport zone. Surprisingly, the bidder had also obtained a No Objection Certificate (NOC) for the same from the concerned.

It can be given license to the bidder only after completing all the formalities as per the provisions of the Excise Act. If the condition is not fulfilled, then the amount deposited in the account of the security deposit will be deposited in the account of the government. The security deposit was returned to the bidder instead of being credited to the Government account.
The Excise Department changed the formula for calculating the rate of foreign liquor on November 8, 2021, without permission from the competent authority. The import pass duty of Rs 50 levied on each case of beer was also removed. Due to this, sellers started getting foreign liquor and beer at low prices while the government lost revenue.

Instead of taking action against those who did not pay the license fee, interest, and fine on time, the Excise Department relaxed the provisions fixed for the tender.
The Delhi government has waived off license fees of over Rs 144 crore in the name of the COVID-19 pandemic to benefit liquor vendors, ignoring other businessmen of Delhi. There was no provision in the tender documents for exemption of license fee or compensation to liquor vendors on any such ground. Due to this, the government had to face a loss of revenue.

The government included the condition of opening a minimum of two liquor shops in each ward on a concrete basis without churning on all aspects or in the tender. The Excise Department approved the opening of more than two shops in the confirming area instead of the non-confirming wards, following the rules without the permission of the concerned authority.
Despite the ban on promoting the sale and consumption of liquor, the Delhi government did not take action against the licensees who sell liquor continuously on social media, banners, and hoardings. The stipulated period for the operation of L-7-Z and L-1 licensees has been extended twice, till July 31, without any hike in the license fee. The approval of the Lieutenant Governor or the cabinet was not taken for this. 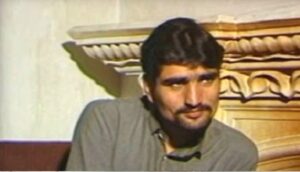